Class of 2023 graduates, it’s never too early to design your custom grad stole!

History of the Graduation Stole

Behind the iconic graduation accessory 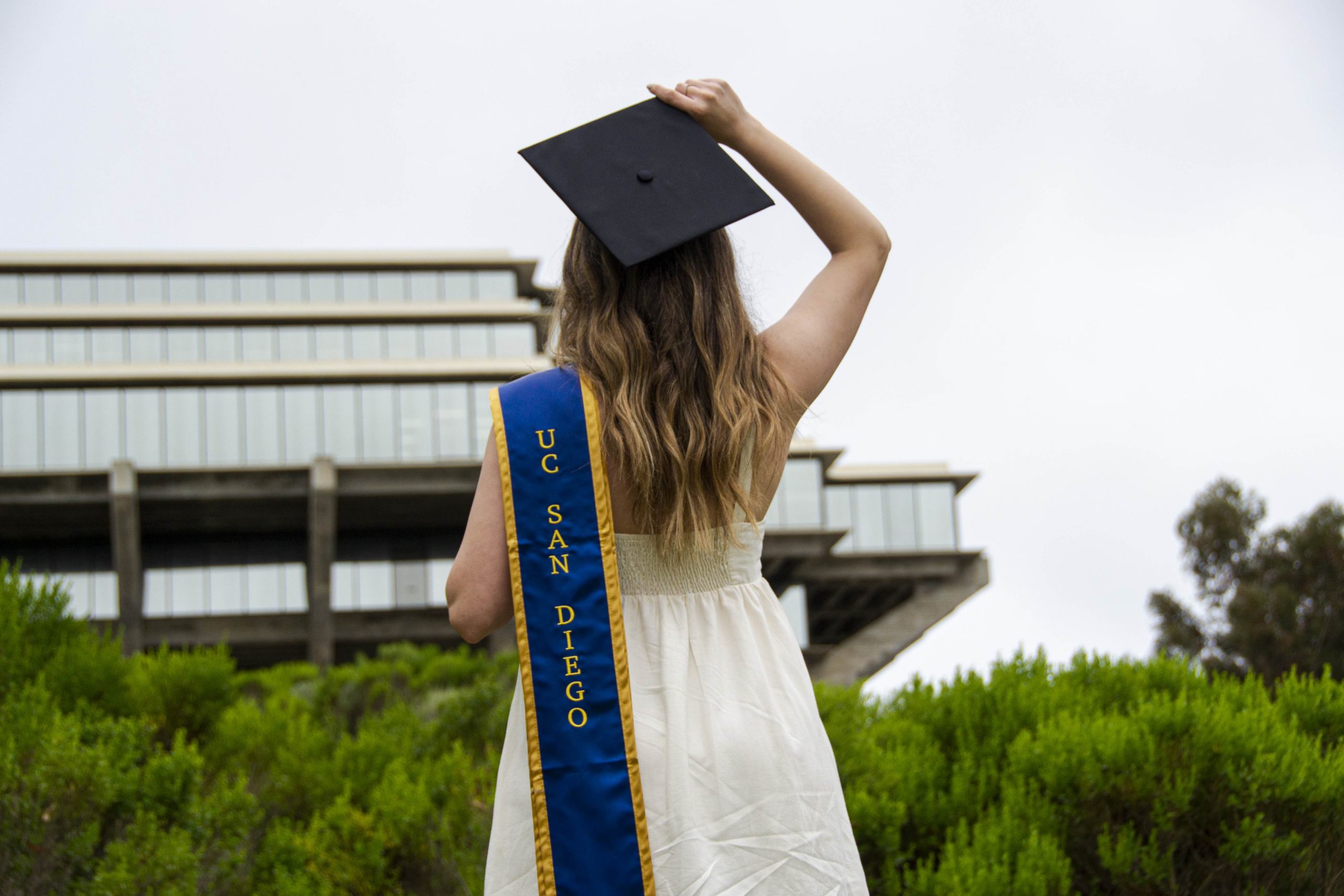 If you’re a soon-to-be graduate, then there’s probably a lot of thoughts on your mind, like where you will go after college, whether or not you will continue your studies, and as a more immediate concern, what to wear on graduation day.

What is a Graduation Stole?

While traditionally graduation stoles were worn to show what major you graduated with, these days, graduation stoles can be customized to show essentially anything that you felt meant a lot to you during your time in school and what sets you apart as a student.

Ultimately, there’s no right or wrong way to design your graduation stole, as long as it has meaning for you. That being said, certain universities and programs may have rules and/or guidelines on what can or can’t be worn on a graduation stole, so it’s important to take this into consideration before designing your custom graduation stole.

The History of the Graduation Stole

The history of the graduation stole is interesting to learn about, as college graduates who have earned the privilege of wearing the stole may feel even more proud once they know the significance of the sash. According to Graduation Source, the word “stole” comes from the Latin-Greek word “stola” which in English means “garment.” Of course, while this is an exact translation for “graduation stole”, it doesn’t tell us the history behind how it started and why scholars began to wear it.

Graduation stoles, based on Graduation Source, were first worn by Catholic and Anglican priests in the 12th century. When officials earned a higher role in the clergy, they typically wore a stole to signify their position. In academic settings during this time, the clothing of scholars often replicated that of the church. Over time, stoles started to be worn by scholars in England in medieval times as a way to distinguish scholars in society.

Though there are other interpretations of the history behind graduation stoles and other graduation attire (for instance, it’s said that scholars began wearing caps and gowns to keep warm while in their studies), eventually this regalia was worn to demonstrate some level of high academic achievement, belonging to a certain major, or even membership in a group or club like Greek Life.

Throughout history, graduation stoles have continued to transform. Certain colors on graduation stoles were worn to symbolize what degree you were earning or your status as valedictorian or salutatorian, which many graduates still choose to do. Today, graduation stoles have transitioned to a be a more modern display of a student’s uniqueness, and can technically include whatever you’d like ⁠— as long as it meets your specific university’s policies. 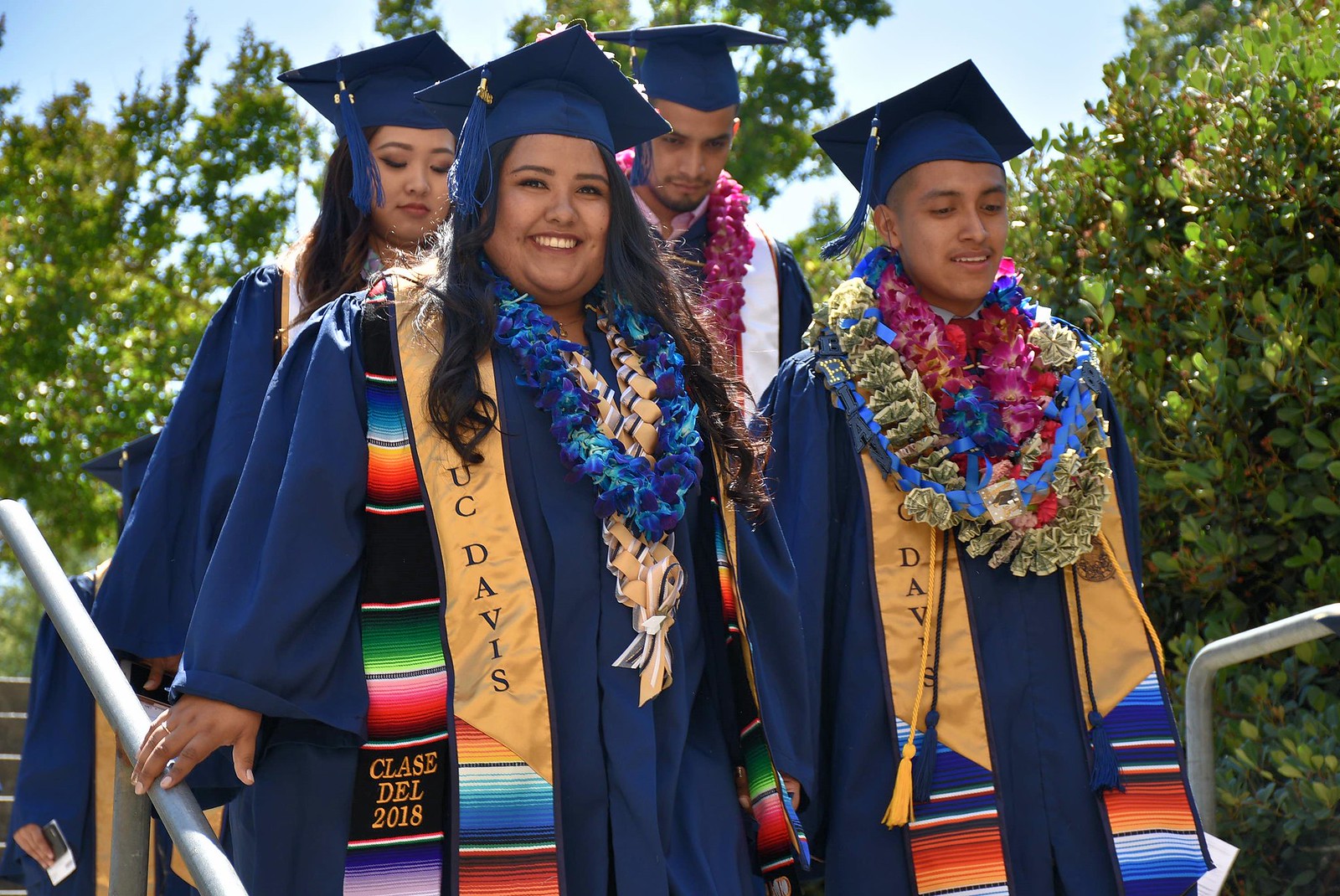 How Have Graduation Stoles Changed?

Graduation wear ⁠— specifically the traditional cap and gown⁠ — may seem quite old-fashioned and even a bit boring and cookie-cutter at first glance. If you look at your own grandparents’ college graduation photos, you’ll likely have seen them wearing more or less the same outfit that you’re supposed to wear at your own graduation. While certain academic institutions may have rules dictating graduation dress code, these really only apply to the cap and gown. A customized graduation stole is an opportunity to stand out.

In fact, according to The Daily Utah Chronicle, “In March 1786, the Corporation of the Universities mandated that all students and alumni wear black gowns and caps at commencement. While eventually schools stopped requiring robes for daily wear, the tradition of wearing a cap and gown to graduation has persisted.”

Since then, many regulations about graduation attire were reviewed and agreed on multiple times throughout history. In 1894, the American Intercollegiate Commission met at Columbia to discuss graduation attire, and in 1959, The Committee on Academic Costumes and Ceremonies met to come to an agreement on similar concerns, based on the Daily Utah Chronicle. However, not much was ever discussed in relation to graduation stoles and other aspects of the traditional graduation outfit, except for perhaps colors and what certain universities might require their students to do.

Nowadays, students can customize their own graduation stoles to add special meaning to their commencement experience.

Over the years, students and universities may have made slight changes to their policies on graduation stoles and what’s acceptable for students to wear. But, in general, some aspects of graduation stoles have stayed the same, especially the base colors and what they signify. According to The Classroom, certain colors represent certain majors or academic programs:

It’s important to keep in mind that these are rather westernized concepts of color meanings of graduation stoles. But, graduates who come from other countries and/or cultural backgrounds may not feel any sort of connection to these colors, and may choose to represent their culture in another way instead . This is why CollegeWear Inc. also gives students the option to customize their graduation stole using a flag or specific material — such as kente graduation stoles, serape graduation stoles, or graduation stoles with military seals or other organization logos.

Why Do Graduates Wear Stoles Today and Do I Need a Graduation Stole?

Nowadays, Graduates may wear stoles for a variety of different reasons. It could be because you are proud of your academic achievements and/or involvement in extracurriculars during your college career. Or, depending on your university and its policies, you may be requested to wear a stole or in some cases, it may even be required. In other situations, graduates may wear stoles of gratitude to thank someone important to them. It may even be a combination of all these factors.

The decision to wear a graduation stole is entirely up to you, though keep in mind that certain universities may have a dress code and/or guidelines that pertain to who can wear a stole and what kind of stole can be worn. Depending on your academic status or your involvement in certain organizations throughout your college years, you may be asked to wear a specific graduation stole. But, ultimately, no one can force you to wear it. However, wearing a graduation stole is an honor that many people only get once in a lifetime, so if the opportunity is presented to you, then you should most take it! So why are graduation stoles so important? The history of a graduation stole has a big influence on this.

In addition to a customized stole, you may want to add additional meaning to your graduation day attire in the form of honor cords.

What’s the Difference Between a Stole and a Cord

As seen through the history of graduates wearing stoles, stoles are often paired with honor cords, which symbolize consistent academic achievement and/or earning awards as a student.  When comparing the two, a graduation stole is a sash worn around the shoulders, and a cord is essentially a rope with tassels at the end. And while according to most standards and regulations, you can only wear one graduation stole, you can wear multiple graduation cords,

Graduation stoles and cords can both represent academic achievement, and can also demonstrate your involvement in Greek life, a club on campus, a professional or academic organization, your degree and/or program colors, as well as a name and/or date that’s important to you or that honors someone who played a role in your life. 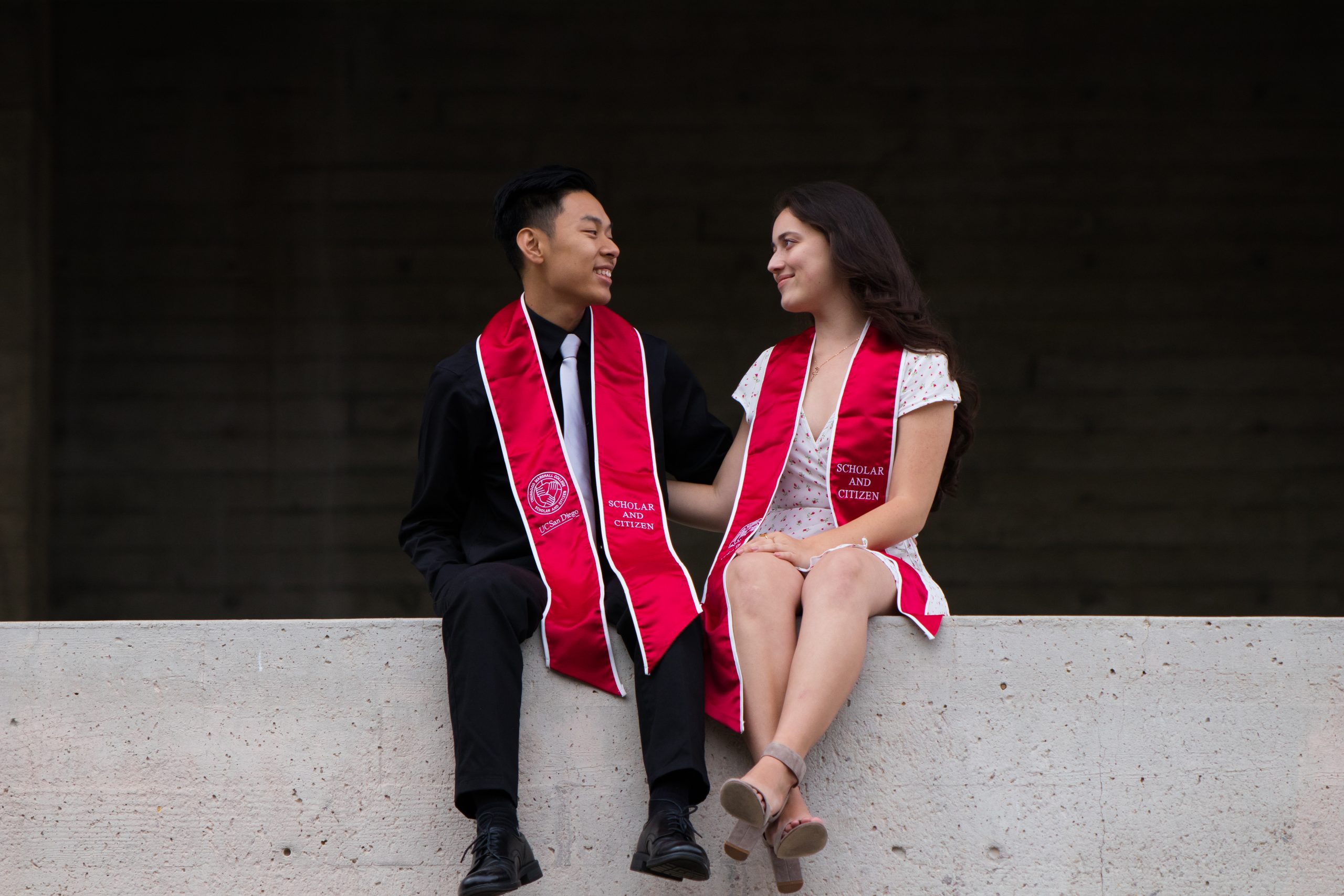 Which Graduation Stole is Right for Me?

Now that you know the history and meaning behind a graduation style you may have a better understanding of why wearing a graduation stole at your commencement ceremony is such a great honor. And, if you plan on taking photos during the ceremony, that graduation stole can be a heartfelt reminder of your college years (especially if you save your graduation stole to hang up in your future office or home!).

Since the standard is to only wear one graduation stole, it can be hard to decide what graduation stole to get, and how to customize it. But CollegeWear, Inc.’s stole design app can help you try out endless combinations before designing on your final design. You can choose from dozens of color and material options, add your choice of text and logos, your thread colors, and more! In just a few short steps you can customize a meaningful stole that celebrates your achievements and serves as a keepsake that will last a lifetime!

Graduation is just a few months away, so now is the time to start customizing your graduation stole. Visit our website today to get started!

Personalizing Your Graduation Stole to the Next Level

BACK TO THE TOP